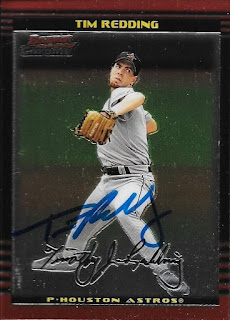 Here are some early 2000s Bowmans and a 2008 Topps that I was able to get signed TTM by Tim Redding.  The above 2002 Bowman turned out nicely.  These are some pretty cool cards that I never got many of back then.  I have a small bit of them now, thanks to the stuff that I have picked up recently from the LCS. 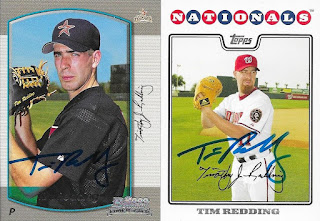