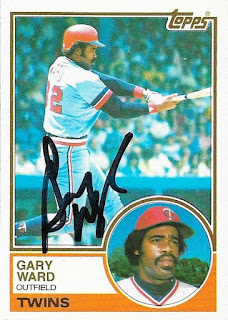 Here is a TTM success from Gary Ward that added another 1987 Topps to my set.  I also had him sign the above 1983 Topps, which turned out well.