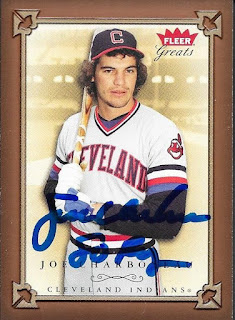 Here is the last free signed from this year's National.  I got a bunch of stuff signed, and spent a lot of time in line, but I enjoyed it, and would do it again.  I had to buy a few Joe Charboneu cards, since all I had were a couple 1982 Topps.  This 2004 Fleer Greats was a nice pickup off of COMC. 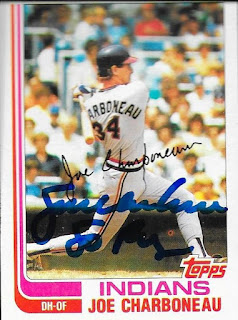