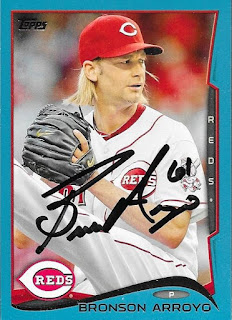 I was really excited to receive a TTM success from fellow Pearl Jam fan, Bronson Arroyo recently.  I had heard he was signing TTM, so I sent these two 2014 Topps, which turned out really great. 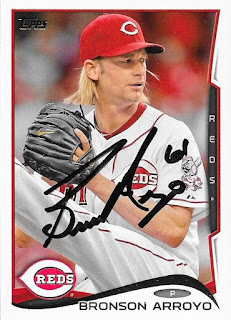