Another TTM Success From Ryan Burr 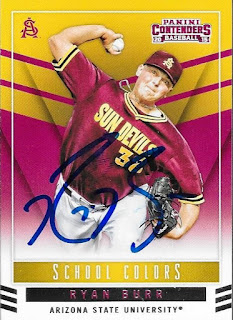 Last year, I received a TTM success from Ryan Burr when I sent to him via the Visalia Rawhide.  He was then traded to the White Sox, and I saw that he would be with Winston-Salem this season.  He wasn't with Winston-Salem for long, but I was stuck with a bunch of extra cards that I had picked up for the games.  I decided to send them TTM to Birmingham, and was lucky enough to get them back signed. 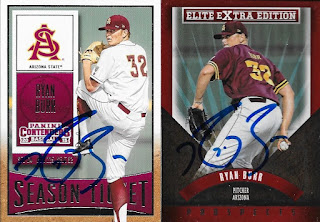 Burr didn't actually play for Winston-Salem this season, but was on the roster to start the year, which is why I had sat a bunch of stuff on my dest for him.  He actually made the majors this year, which is pretty cool. 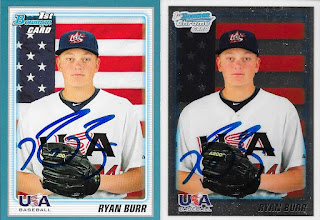