Another TTM Success From Steve Carlton 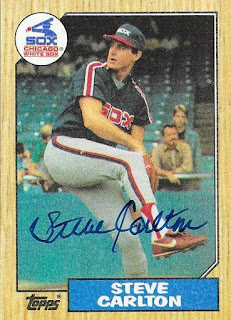 I'm slowly knocking off the Hall of Famers who charge fees for TTM autos for my 1987 set.  Carlton charges $35/card, so it was a little high, but I wanted to cross this card off of my set needs.