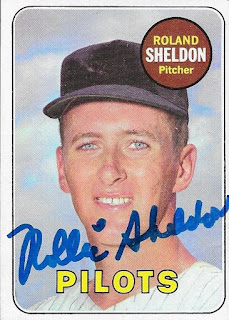 This TTM success from Roland Sheldon was nice in that he also sent along a note with my signed card.  That happens here and there, and is always nice to see.  Sheldon signed my 1969 Topps in blue Sharpie, and the card turned out well.  I also like that it is a Pilots card. 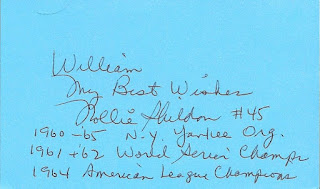