Another TTM Success From Bob Skinner 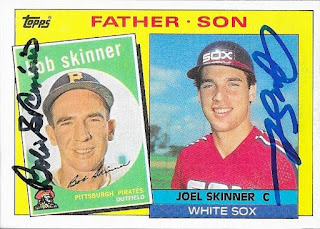 I was drawn to send another TTM request to Bob Skinner since I got this Father/Son 1985 Topps signed by Joel Skinner.  I have wanted to get one of these completed for quite a while, and finally was able to get one done.  I also have the Schofield one pending. 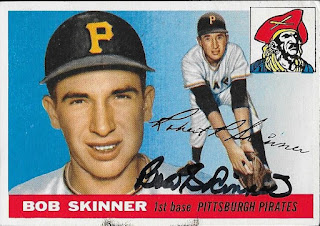 I also added this 1955 Topps to the request, since you can never have enough of these signed.  There is a limited number of cards in the 1955 set, and an even smaller number of players still alive who sign.  I actually raided my 1955 set so I could get these in the mail, and replaced the card with an upgrade off of EBay.

I originally received a return from Skinner, on a ball, back in May 2012.