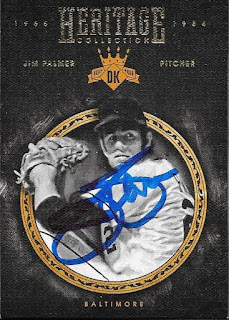 I heard that Jim Palmer was signing TTM, so I had to send a couple cards along and add him to my TTM successes list.  I have gotten him to sign cards in person plenty of times, but I definitely wanted to try to get these two done TTM, and I have to say, they look awesome.  The above 2018 Panini Diamond Kings looks awesome! 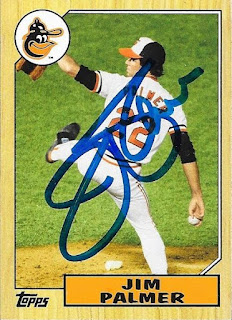 The Diamond Kings card was the first one I chose to send, then it came down to this one.  Since I have gotten so many 1987 Topps signed, I thought it was fitting to add this mini from 2012 Topps to the album as well.