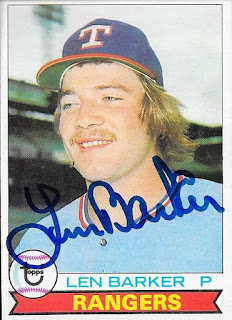 I got a bunch of free signers at the National.  Another one of them was Len Barker.  The waiting in line helped me keep my budget in check, and I still came away with some nice stuff.  I ended up with several vouchers for Barker, so I got three cards signed.  The above 1979 Topps turned out really well. 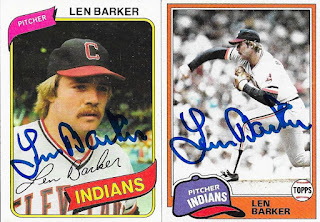