August 14-16 Graphing of the Mudcats at Wood Ducks 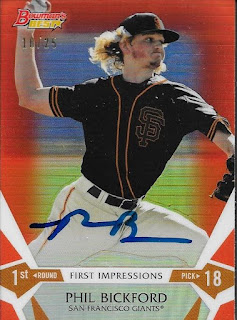 My first games back after my trip to the National resulted in my getting a ton of cards signed.  I had picked up a bumch of cool cards and parallels of some players, including this 2015 Bowmans Best Phil Bickford numbered 10/25. 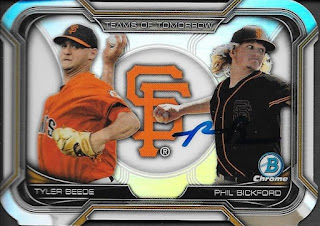 Bickford is a great guy, and will sign anything you have.  At the beginning of the season, I was worried because I had missed Bickford last year when he was injured, so I wasn't sure if I would get my cards signed. 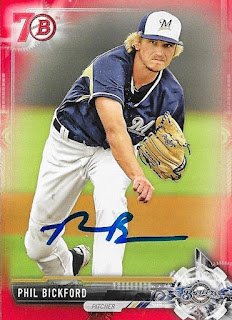 Luckily, he has been with the Mudcats since I saw him on Memorial Day, and he signed everything I had by the time I saw him last.  This red parallel of his 2017 Bowman turned out really well.  This card isn't numbered. 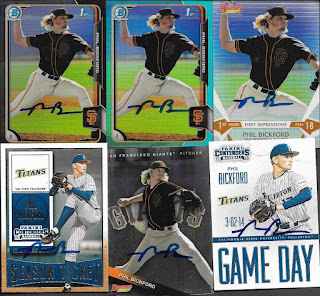 I got so many different cards of his signed, and I also was able to get a bunch done for some friends. 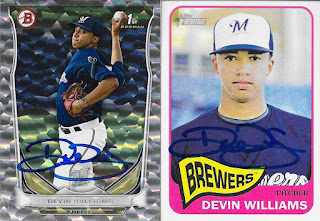 Devin Williams was really cool, as well.  He limited how many cards he would sign, so I was only able to get the 2014 Bowman Ice I had found at the National signed, and also some 50/50s for my friend, Gerard.

I'm glad I got Demi Orimoloye on everything I had, because he has since been traded to the Toronto system in exchange for Curtis Granderson. 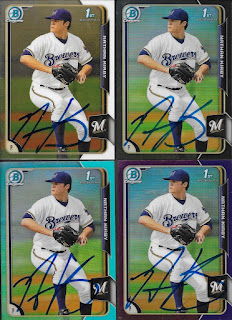 I got 4 different 2015 Bowman Chrome cards of Nathan Kirby signed.  All of these were ones I found at the National.

I had missed Bob Milacki a few times, but was able to get him on a good bit of cards during this series.  I had ordered the Toys R Us card for early in the season, but finally got it done.  Now that Toys R Us is out of business, it'll be cool to look back on this card.

I finished off the Mudcat coaches for the All Star set.  I am now only missing one of the coaches with Lynchburg because I misplaced them when Lynchburg was here. 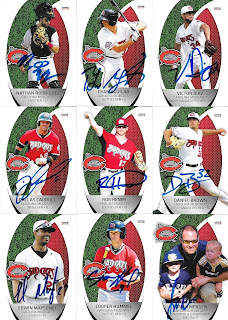 I picked up a Mudcats team set so I could get some of the other guys in my album. 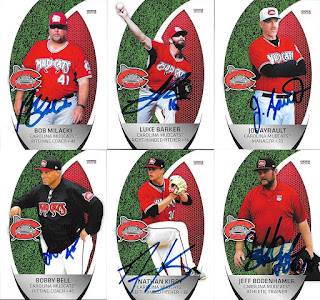 I'm not too big a fan of this design.  They would look better as football cards, I think. 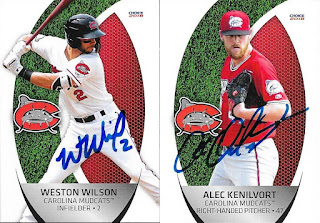 However, I got a good many of them signed, and they look good in my album. 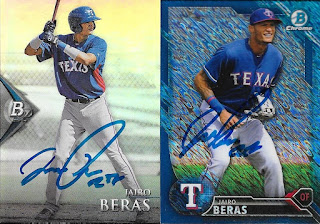 One of my favorite cards I got signed was the blue shimmer refractor of Jairo Beras.  It looks so nice signed.

I got three different Eric Jenkins 2015 Bowmans signed.  He is really nice.  I met his dad this past weekend, and he was super nice as well.

I had also picked up a couple different Spokane Indians team sets.  It was fun seeing some of the Wood Ducks players from when they were there.

A few of the players commented on the older cards, which was cool. 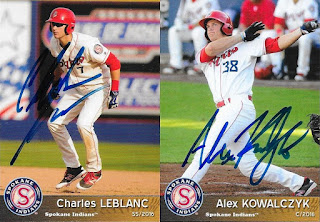 I liked picking up the Spokane sets, so I think I will grab some of the more recent ones for future Wood Duck graphing. 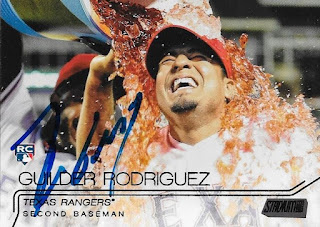 I found this black letter parallel of this 2015 Stadium Club Guilder Rodriguez in a dime box at the show.  It turned out really well, and will look great in my album with my base card Max sent me. 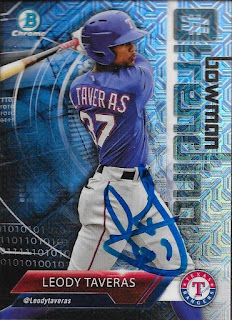 Finally, here is a Bowman Mega Box parallel of Leody Taveras from this year.  He refused to sign for me the first day of the series, but signed the other two games.  The card looks great, and I am glad he signed it.
Posted by William Regenthal at 6:59 PM