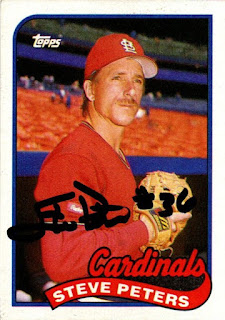 A couple of late 1980s cards were added to my autograph album when I received these two cards signed TTM from Steve Peters. 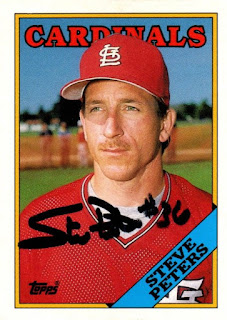 Getting rid of 1988 Topps Traded or 1989 Topps cards is tough, as times, since they seem to multiply, but they aren't bad sets to get signed.  Each looks really nice, and they are abundant, so if one gets lost in the mail, it isn't too big a deal.