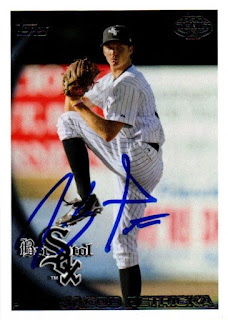 Here are some nice cards that I got signed TTM from Jake Petricka.  The above 2010 Topps Pro Debut turned out really well.  I remember when Topps started doing Pro Debut that year; I bought a box of each series.  I had hoped I would go to games and get some signed, and I didn't really end up doing that until 6 years later.  If I knew then what I know now, I'd have graphed more back then. 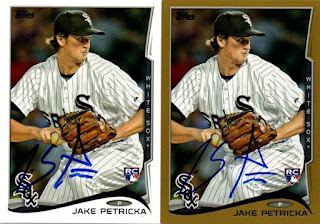