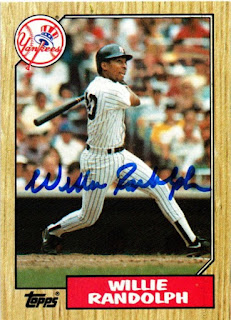 Another private signing came through where I was able to get another 1987 Topps signed for my set.  I had been waiting for a Willie Randolph signing for a while, and one finally came up.  I got my card done, and it looks awesome.

Posted by William Regenthal at 9:10 PM