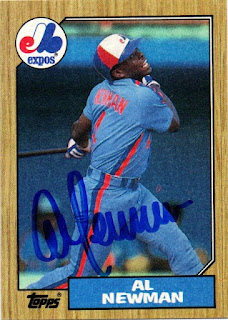 Another private signing came along with a player that I needed for my 1987 set.  This card of Al Newman turned out well.  That is a really classic Expos uniform on that card, and a whole lot of blue.

Posted by William Regenthal at 11:01 AM