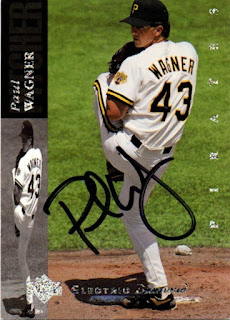 There were a bunch of Paul Wagner cards in my TTM box.  He signs a lot, so I went ahead and sent 7 cards, since I couldn't decide on ones to hold back.  I don't mind if a player decides to not sign something I send, so I didn't see much of an issue with sending 7 cards.  That is the max I would send, though, in case someone was wondering. 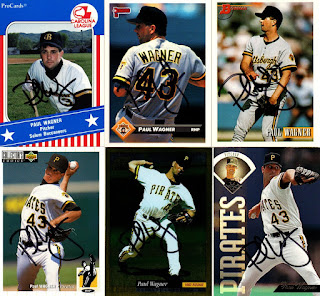 The cards I sent all turned out great. They'll look good in my autograph album, especially the 1991 Carolina League All Star card.

Posted by William Regenthal at 10:09 PM