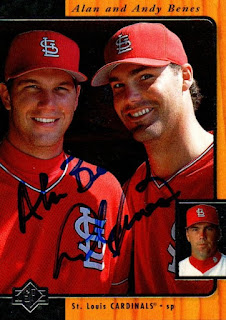 This TTM success from Andy Benes came with a bonus.  I had sent this 1996 Upper Deck SP that had Andy and Alan Benes on the same card, and Andy got Alan to sign it for me.  I thought that was really cool, and very unexpected. 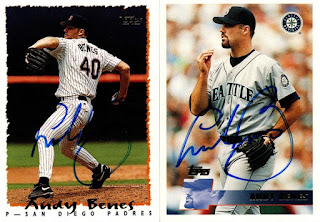 Posted by William Regenthal at 8:34 PM