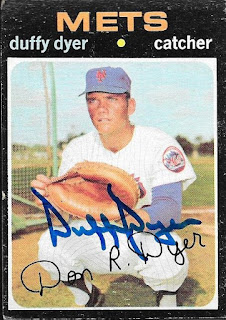 I got this TTM success in from Duffy Dyer after waiting quite a while for it.  There were some nice 70s cards in the package, so it was good to finally get them back. 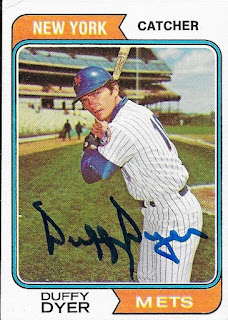 I liked this 1974 Topps for some reason.  I actually really like the set, as it was one of the first "vintage" sets that I put together.  It was pretty tough, the Mike Schmidt second year card was a tough one to get, as was the Winfield rookie, of course. 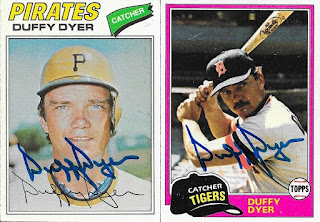