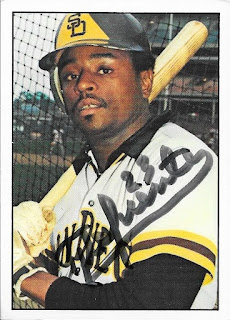 I still have quite a few TTM requests out from last year.  It is always fun getting one of them in, which was the case a few days ago when I got this TTM success from Tito Fuentes.

One of the cards I sen was this 1975 SSPC that I got from my good friend, Max.  This was in a huge lot of vintage cards that he sent me during one of our earliest deals. 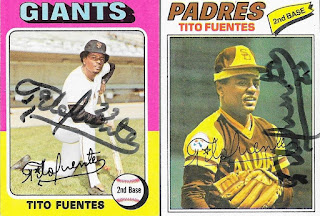 The 1975 Topps on the left also came out of that deal.  The 1977 came out of some that I got from Columbia, I think.  Fuentes signed the cards with an old Sharpie, it seems.  I can't really complain, though, he could have chosen not to sign them at all.