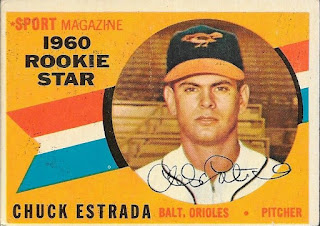 This TTM success from Chuck Estrada was another player that I was able to get using cards I picked up at the recent Greenvile card show.  I was really happy to get one of these 1960 Topps rookie stars cards signed.  It turned out pretty nicely. 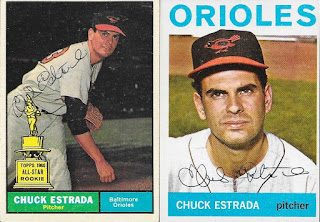 I mailed to Estrada on November 3 and got the cards back on November 13, for a 10-day TAT.
Posted by William Regenthal at 5:45 PM