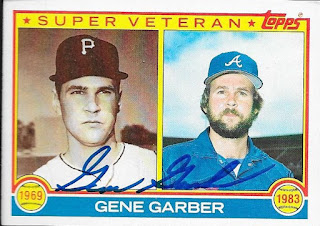 I was able to add a bunch of cards to my autograph album with this TTM success from Gene Garber.  I had a ton of his cards to choose from, and ended up sending seven his way.  The above 1983 Topps Super Veterans card turned out really nice.  These are cool cards, and look good when signed. 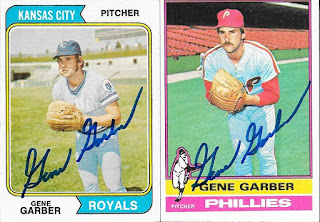 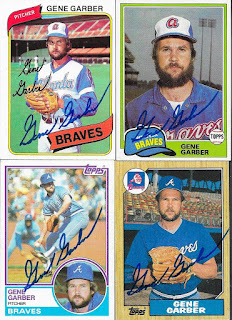 I also sent along several of his 1980s cards.  The beard on the 1981 Topps is nice, and the old Atlanta Braves hat/logo look really cool in that card, as well.

I mailed to Garber on September 1 and got the cards back on November 10, for a 70-day TAT.
Posted by William Regenthal at 7:48 PM