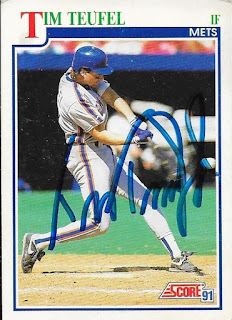 Here is a nice TTM success from a guy who I had in my box for quite a while.  Tim Teufel is in a lot of card sets from the late 80s and early 90s, so I had a lot of cards to choose from.  I liked this 1991 Score that I got out of a repack box and added it to my request. 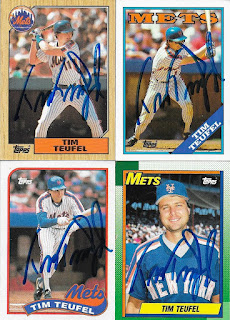 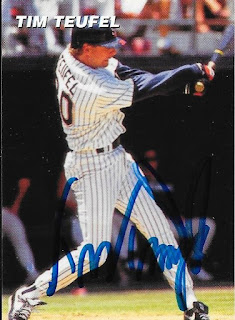 Teufel also included one of his own religious testimonial cards with the TTM request.  This card has a nice shot of him on it, and a nice passage on the back.