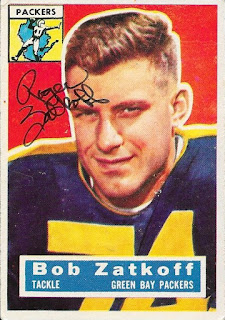 Another of the football autos I requested came in recently.  This one was from Roger Zatkoff.  The card is a 1956 Topps  and turned out pretty nicely with his auto. 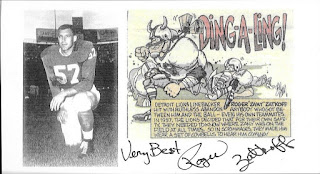 Zatkoff also included his own index card that he signed, which was nice of him.  You can click on the photo to blow it up to make it easier to read. 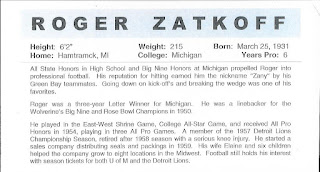 In college, Zatkoff was a standout at the University of Michigan, helping the Wolverines to the 1950 Rose Bowl Championship.

I mailed to Zatkoff on November 7 and got the card back on November 17, for a 10-day TAT.
Posted by William Regenthal at 4:21 PM