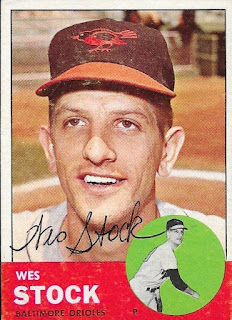 Here are some more vintage cards that I was able to get signed TTM following the Greenville card show.  I picked up these cards of Wes Stock while at the show.  I wanted to add another former Oriole, and also some more 60s cards.  I liked this 1963 Topps due to the colors on the card (and also since it showed him as an Oriole). 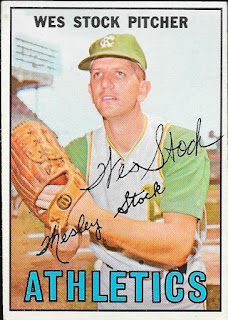 I also added a 1967 Topps to the album.  I actually sent him two of these, and he returned both of them signed, which was nice.

I mailed to Stock on October 28 and got the cards back on November 17, for a 20-day TAT.
Posted by William Regenthal at 5:51 PM