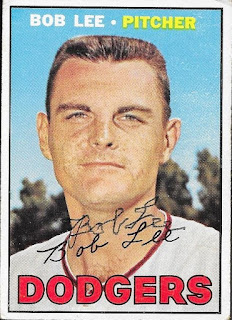 Recently I picked up these 1960s cards of Bob Lee at a card show here in town.  I wanted to add some more 1960s cards to the album, and his looked pretty nice.  Each year I picked out was one that I needed more of in the autograph album, like the above 1967 Topps. 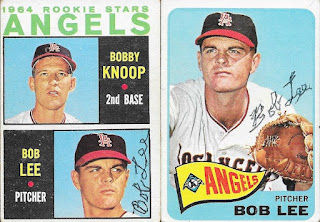 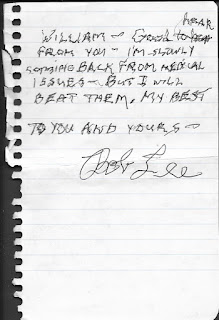 The best part of the TTM success, though, was this hand written note from Lee on the back of the note that I sent him.  I believe he had a stroke recently, and you can tell from his handwriting that signing his name, and writing the note was laborious for him.  It meant a lot to me that he took the time to write the note (and to sign my cards), when it was tough for him to do so.  There are major leaguers playing today who won't be bothered by signing stuff for fans, and here is this guy who probably has to struggle just to hold a pen signing whatever is sent to him.  I sincerely appreciated Mr. Lee doing this for me, and the note will be put away with all of the other player notes I have received.