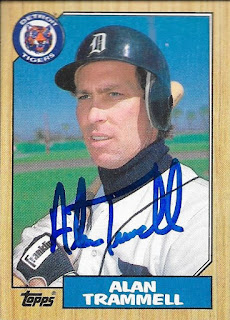 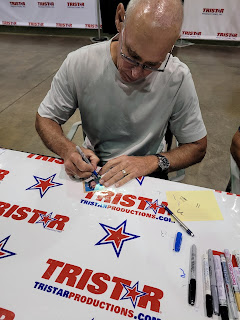 Trammell was really nice, and I have photo proof that my card was signed by him (not that I needed it).

He was a last-minute addition to the show lineup and I went ahead and paid the money to meet him in person, rather than go through a private signing.  I ended up adding a few other 87s to the album, which I will show later on.

Posted by William Regenthal at 7:34 PM