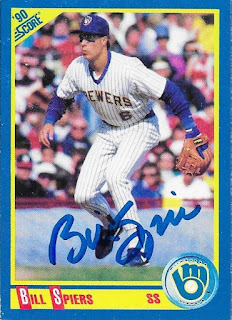 Here are a bunch of Bill Spiers cards that I was able to get signed TTM after waiting quite a while for them to come in.

I really like this 1990 Score. I used to have a bunch of these, but I don't have nearly as many years anymore. 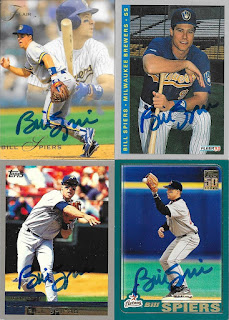