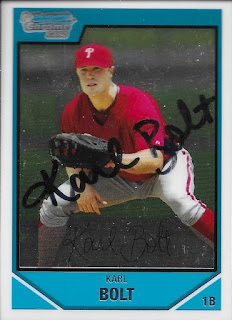 Two more 2007 Bowmans were rescued from my Bowman box when I sent these off to Karl Bolt TTM.  He signed my cards nicely in black Sharpie. 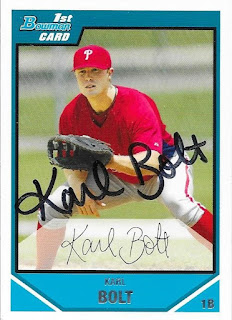 Posted by William Regenthal at 10:36 PM