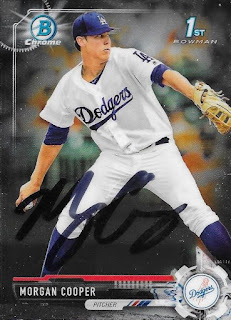 Here are a couple 2017 Bowmans that I was able to get signed TTM by Morgan Cooper.  Both cards (2017 Bowman and 2017 Bowman Chrome) turned out really nicely. 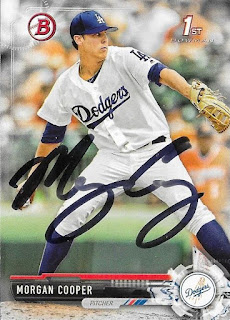 I mailed to Cooper on January 7 and got the cards back on February 4, for a 28-day TAT.

Posted by William Regenthal at 11:16 PM