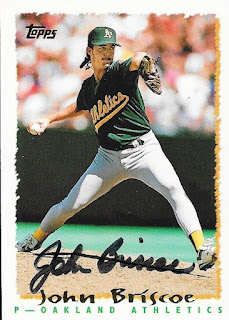 Here are a couple 90s cards that I got signed TTM from John Briscoe.  I had him sign my 1995 Topps and my 1992 Stadium Club.  Both turned out fine.  The cards aren't epic or anything, but I am glad to have them in my album now. 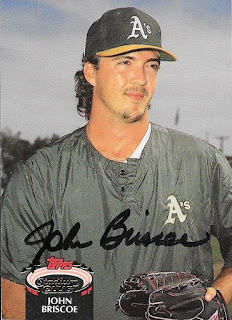 I mailed to Briscoe on December 1 and got the cards back on February 9, for a 70-day TAT.

Posted by William Regenthal at 3:15 PM