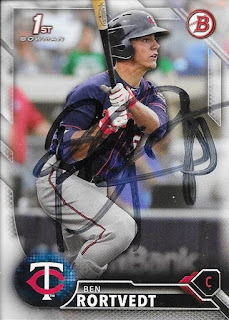 Ben Rortvedt was one of those guys whos cards I kept seeing in my boxes, so I finally found an address and sent to him TTM.  I was happily surprised that I got a success, even though he used a dying marker on my cards. 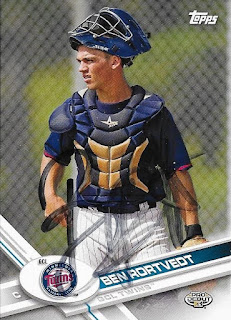 I mailed to Rortvedt on January 4 and got the cards back on January 25, for a 21-day TAT.

Posted by William Regenthal at 9:17 PM