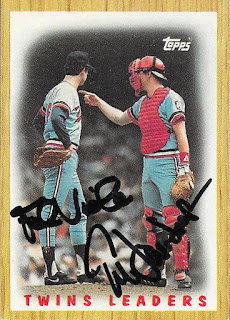 A private signing came up for former Twin, Tim Laudner, and I jumped on it so I could finish my 1987 Topps Twins Leaders card, along with Laudner's base card. 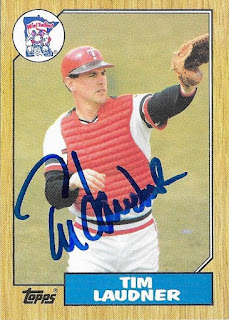 They switched pens so the leaders card would match with Viola's signature.  I prefer getting my cards signed in blue, but I'll take what I can get sometimes.

Posted by William Regenthal at 11:40 PM