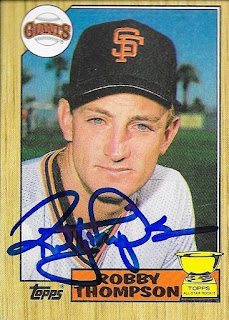 Robby Thompson is a fariyl tough autograph to get, these days, so when I saw him pop up on a private signing, I jumped on board and got my 1987 Topps signed.  I had tried to send to him in the past, but have had no luck.