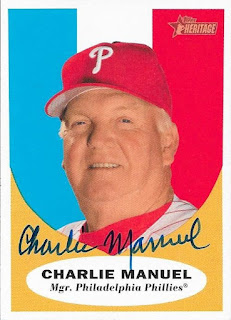 It took me two tries, but I was able to get a TTM success from Charlie Manuel.  I believe I sent off the same cards in both attempts, but the second attempt was the charm here.  The cards turned out great.  This one is a 2010 Topps Heritage and the one below is a 2011 Heritage. 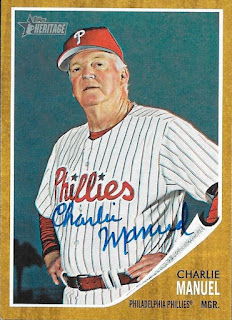 Posted by William Regenthal at 11:26 PM