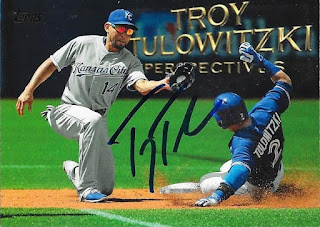 Two attempts is what it took for me to get a TTM success back from Troy Tulowitzki.  Who knows where the first one that I sent ended up, but I was able to get some really nice cards signed.
I really like the Perspectives inserts that came in 2015 Topps.  I was glad that I was able to find this one in my boxes and get it back signed. 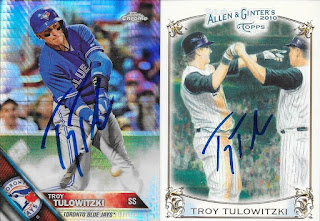 I also had Tulowitzki sign a 2016 Topps Chrome x-fractor and a 2010 Allen & Ginter sketches card.

I mailed to Tulowitzki on January 11 and got the cards back on January 27, for a 16-day TAT.  I mailed to the University of Texas.

Always was a fan of Tulo. Sorry to see that his body couldn't hold up at the end.