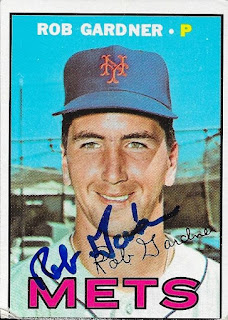 Here are a few vintage cards that got some frequent flyer miles on them.  I believe I tried three times to get Rob Gardner TTM until finally succeeding.  I don't know what the deal was, but I had seen folks get him, but I got 2 return to senders.  Oh well, I got my 1967, 1972 and 1973 Topps signed by him and am glad to finally put these cards to rest in my autograph album. 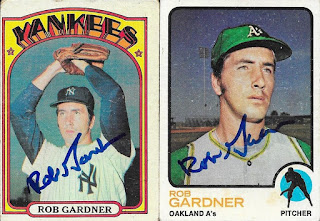 Posted by William Regenthal at 5:46 PM