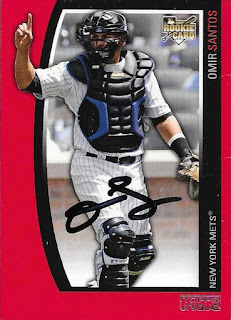 Here are some cool cards from 2009-2010 that I got signed TTM by Omir Santos.  I was especially glad that I was able to get the above 2009 Topps Unique signed.  I opened a bunch of these, but didn't really pull anything glorious.  Having a signed card from that set in my autograph album is nice, however.  This card is numbered 469/1199. 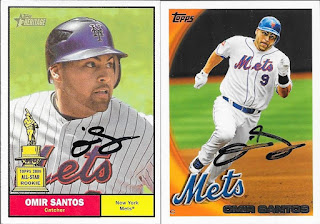 I mailed to Santos on January 23 and got the cards back on February 2, for a 10-day TAT.

Posted by William Regenthal at 7:35 PM

I am still trying to land (at a cheap price) one of his 2010 base cards from the update set with the CUP on it.