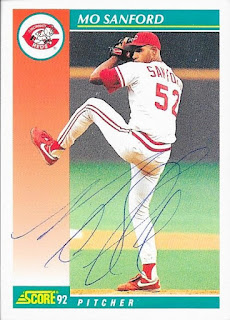 I got some junk wax era cards signed TTM recently from former pitcher, Mo Sanford.  The above 1992 Score turned out really nicely.  I used to have a lot of these cards, but thinned them out over the years.  Still, they have a nice design and look good when signed. 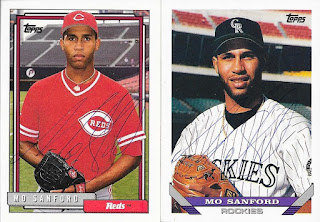 I mailed to Sanford on December 2 and got the cards back on February 1, for a 61-day TAT.

Posted by William Regenthal at 9:43 PM