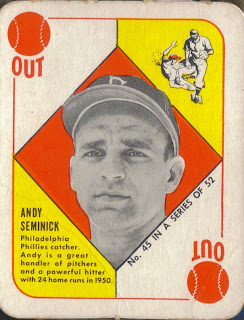 He appeared in the 1950 World Series that the Phillies lost to the Yankees.  Seminick went 2 for 11 (.182 batting average) with 0 home runs and 0 RBIs during the series.