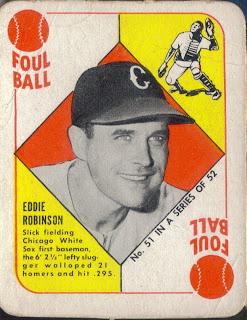 Robinson still signs TTM and I got a ball back from him on November 4, 2012 after sending a donation of $10.
Posted by William Regenthal at 5:26 PM