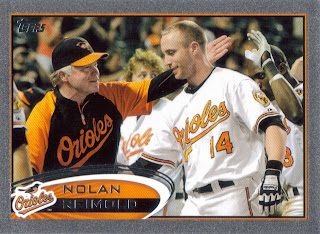 Yeah, I'm so un-original right now.  I ripped this idea off of Weston's blog.  You should head over there and give him a read.  I'm not kidding.

Anyway, I have thought of a few collecting goals for 2013.  We'll see if that happens.  Anyway, here goes.

So, there you have it guys.  Thanks for the idea, Weston.  I'm looking forward to the emails!

Posted by William Regenthal at 7:29 PM

Good post with some good goals. I would encourage you to go after the 1961 Golden Press set, it is beautiful and fairly reasonable in price.

If you want to add a blog, I don't think mine is on your blog roll :-)

Only ten!? man I would of thought that you would want to reach the 100 this year