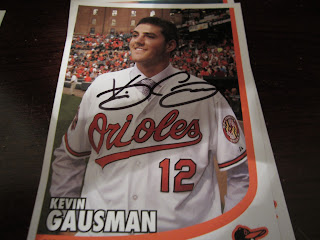 The first group of players I had an autograph voucher for at Fan Fest was the group of Taylor Teagarden, Jim Palmer and Kevin Gausman.  I purchased vouchers for this group for two reasons, nothing against Teagarden, but I wanted Gausman for my Orioles #1 picks and I wanted to get Palmer for a trade. 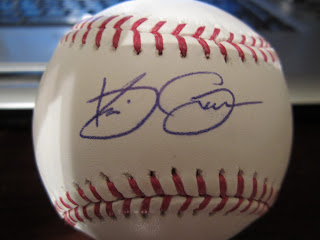 Kevin Gausman was the first pick for the Orioles (#4 overall) in last June's amateur draft.  He is second behind Dylan Bundy among the Orioles top pitching prospects.  He should start the season at AA Bowie.  He was really nice when we chatted with him at Fan Fest and was more than happy to sweet spot my ball.  I really hope he does well for the O's.
Posted by William Regenthal at 7:25 PM