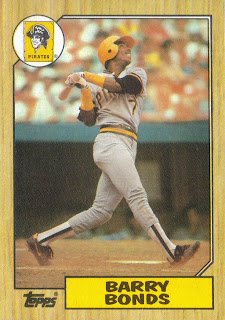 To say I was disappointed in today's lack of a Hall of Fame announcement is quite the understatement.  I look forward to the HOF vote each and every year and now, for the second time I can remember, no one was elected to the Hall by the BBWAA.  Now, don't get me wrong, the steroid cloud over the game has cast a heck of a shadow, but you can't tell me that not one single former player on the list was not worthy of election.  Some supposed sportswriters used their privilege to vote as a means to make some half-assed statement about something.  Well, I am curious as to how many of these folks were more than happy to follow Sammy Sosa and Mark McGwire around during the great Home Run Chase of 1998?  I bet you they sold a heck of a lot of copies of their magazines and/or newspapers late that summer.  Are those folks going to give back the money that they earned when they, too, cashed in on the 'Steroid Era?'  I'm not saying what those players who used PEDs were in the right, I'm just saying that these guys who are putting themselves out there as making statements with their ballots need not be the morality police.

We were all guilty during that era.  I paid my money to see games played by some of those players.  I knew who the greatest players in the game were and I was more than willing to pay to see them.  The Owners were guilty for allowing it.  Bud Selig was guilty for not doing something about it sooner.  Other players were guilty for knowing about it and not reporting it.  Hell, Buck Weaver was banned from baseball for knowing about the 'fix' in 1919 and not reporting it.  So, for some reporters to act like they are bigger than the history of the game and make statements by not voting for other worthy players, well, they really should be ashamed. 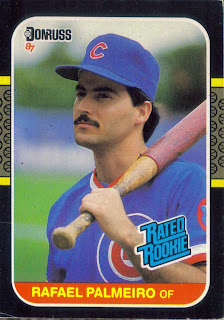 Rafael Palmeiro was one of my favorite players growing up, but his positive test for Stanozol has made it impossible for a player with 3,000+ hits and 500+ home runs to be enshrined.  Palmeiro has blamed a tainted B-12 shot given to him by Miguel Tejada as the culprit.  Palmeiro passed several tests before and after the infamous positive test.  He was found not guilty of lying to Congress when he vehemently denied using Steroids prior to that 2005 season.  Tejada, on the other hand, was the only player (not Bonds, not Clemens, not Raffy) who was found guilty of lying.  I'm not saying Palmeiro didn't do it, I'm just presenting what has come out in the last several years.  If I had to guess right now, my guess would be that Palmeiro never gets in. 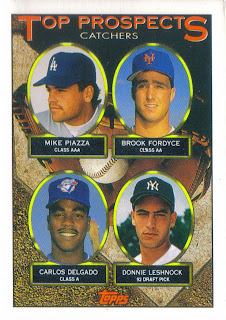 Mike Piazza was the most prolific offensive catcher in the history of the game.  One sportswriter stated that they knew Piazza took PEDs because they saw him without a shirt on and pock marks and back hair on Piazza's body proved his guilt.  He never failed a drug test.  Must be guilt by association. 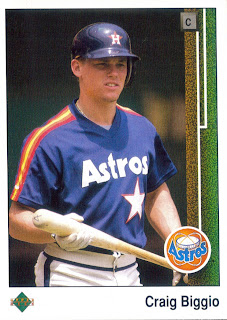 Craig Biggio's 3,000+ hits weren't enough to get him in.  Mainly because when folks look at him "He just doesn't seem like he is a 'first ballot' Hall of Famer."  In my opinion, you either ARE or ARE NOT a Hall of Famer, and I have always felt like Biggio is a Hall of Famer. 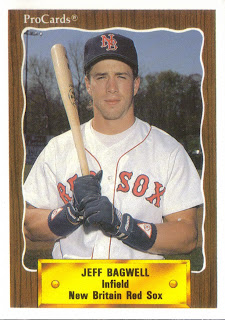 One of the most compelling cases is that of Jeff Bagwell.  Bagwell was a great player in his era, even winning the 1994 NL MVP award.  He broke down at the very end of his career due to a degenerative shoulder.  Bagwell never tested positive for Steroids and was never linked.  Many writers are 'suspicious', so that means he must have done them, right?  I'm so glad people in this country are guilty until proven innocent. 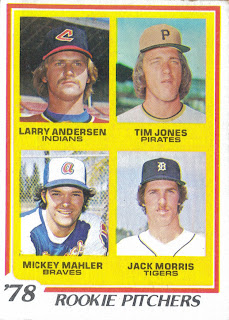 Finally, there is Jack Morris.  The winningest pitcher of the 1980s.  Morris' overall numbers fall just short of the average Hall of Fame pitcher.  He was clutch in many big moments, none moreso than Game 7 of the 1991 World Series.  If there was a fine line written on a sidewalk somewhere as far as being Hall worthy goes, Morris would be dancing on that line.  He is the definition of borderline.  Where does the border stop?  I don't know.  I think Morris was amazing.  I think he gets in.  Does that cheapen the hall if he does?  I don't think so.  There are far less deserving players in the Hall than Morris.  He will get in sooner or later.  Same with Dale Murphy, who failed to get in in his 15th year on the ballot.  I think the Veterans Committee will put him in at some point.  And the world will not end.
Posted by William Regenthal at 8:47 PM

You make good points. I'm quite shocked that Biggio, Piazza and Bagwell didn't get in but I saw it coming. Too bad Piazza was of Italian descent and went thru puberty and Biggio played for such a long time and is a good person.

Well said. I read an article by T.J. Quinn in which he said he doesn't return his ballot (so it has no impact on the voting) since he feels as though he is unqualified to vote for the HOF b/c he's been away from the game for too long to give an honest assessment of who's HOF worthy and who's not. What sucks is once the BBWAA awards you HOF voting priviledges they never expire (at least not until death) so guys who have watched baseball from the same prospective of you and I get to vot from the HOF despite no longer covering the sport.

The MLB Hall of Fame needs a serious overhaul. It is losing it's value and interest in many fans.

I love baseball.. but they need to reconsider moving forward in the voting process.