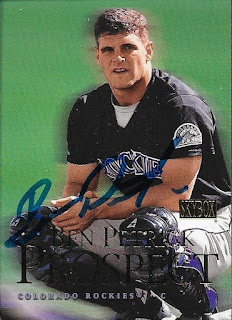 The TTM I sent ended up being a bunch of cards, but Ben Petrick signed them all, and I added some different stuff to my autograph album.

This 2000 Skybox turned out to be a pretty sharp card, and I liked how it looked.  I'm pretty sure it was something I found at my LCS a while back, and it finally came in signed. 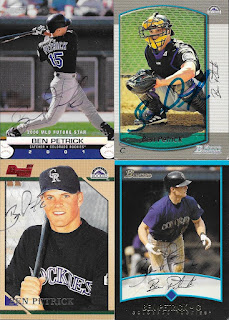 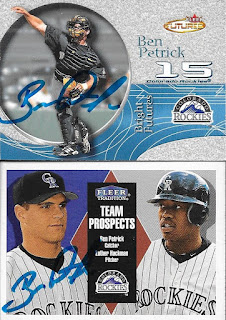 Finally, some Fleer offerings, a 2001 Fleer Futures and a 2000 Fleer Tradition.  These are some pretty cool cards, as Fleer had some cool designs in the early 2000s.  Their problem was that they flooded the market with products and ran themselves out of business.