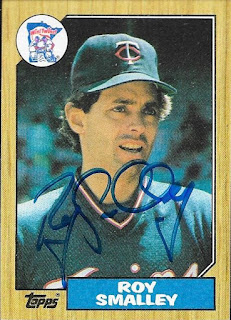 Another private signing allowed me to add another autograph to my 1987 set.  This one was for Roy Smalley.  He doesn't sign a whole lot, from what I have been able to tell, so I was glad I took advantage of the signing. 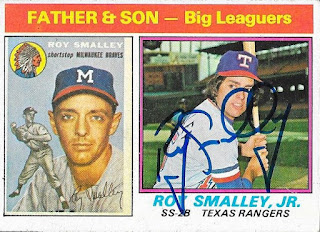 I also got this 1976 Topps Father & Son card signed during the signing.  I had a bunch of these in my box, so I wanted to get one in the album.