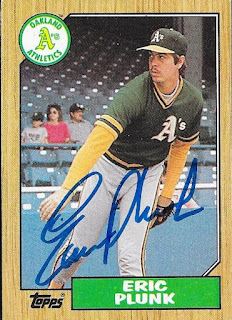 I waited a while, but finally got a TTM success back from Eric Plunk via PastPros.  I needed him for my 1987 set, and the card turned out pretty well.  It got a bit damaged in transit, but really, it looks fine.