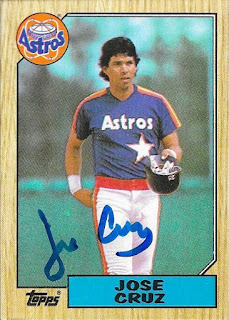 I gave it a shot, not expecting to get the cards back, but I sent two cards to Jose Cruz and was surprised with a quick return.

Obviously, I needed this one for my 1987 set, and it turned out really well. 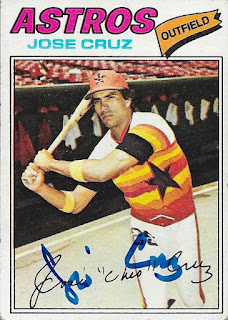 I also took a chance and sent this 1977 Topps, and it turned out ok.  He signed it over the faux signature, and it looks kind of goofy like that, but I especially like the old Astros uniform.