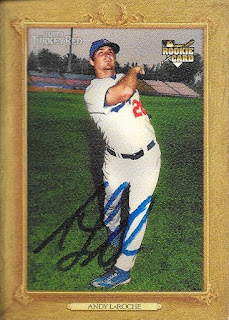 Chris and I were finally able to get out to Burlington for a game a couple weeks ago, after trying to get there for the past few years.

I was glad to be able to get Andy LaRoche on this 2007 Turkey Red card, finally, because I had originally sent TTM so him, but he didn't sign.  I got rid of a lot of his cards when I let a box of random stuff go at a yard sale.  I put his stuff in there because I figured I wouldn't be able to get them signed.  Thankfully, I didn't get rid of every one of them, and I got two of his cards done. 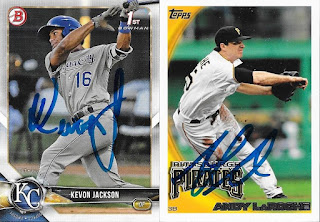 I did have a whole bunch of Kevon Jackson's cards, and I get all but one of them taken care of.  He was really nice, but wasn't in the lineup.  He came out in a warmup hoodie and we had to have help from his teammates in identifying him. 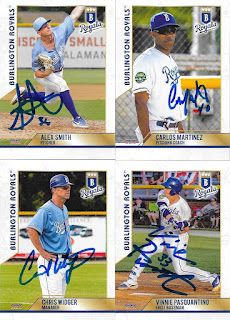 I started the day with just a few cards and a few players to get autographs from, but the team store was doing a sale of everything 50% off, and all teams sets were really cheap.  I got a couple of sets from previous years at $2.00 a piece, and this year's set for $4.50. 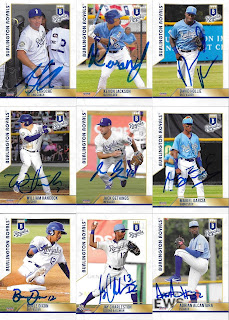 Graphing at Burlington was pretty easy, and we were able to get a good many of the players.  I missed a few, but was overall pretty happy with what I got done. 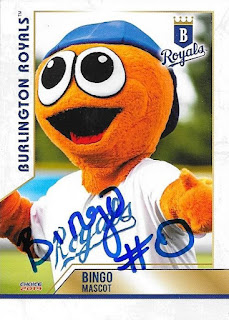 I even got the mascot on his card. 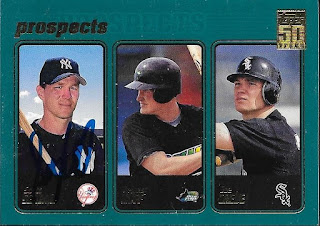 I got a few of the Pulaski Yankees guys, hitting coach Scott Seabol, and Ryder Green. 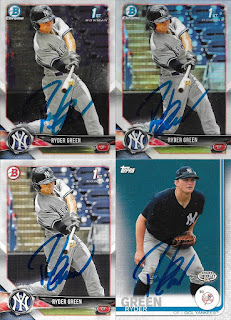 I was disappointed that both Anthony Volpe and Jake Agnos were listed on the roster, but were not in attendance.

Chris and I had a good time, but we had to leave the game early so he would be back home in time to get to bed at a decent hour.  The next day was his first day of 8th grade.
Posted by William Regenthal at 12:19 PM