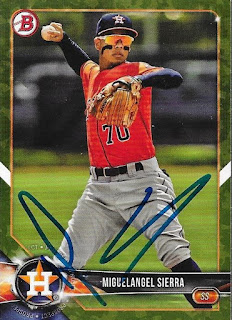 The Fayetteville Woodpeckers came through town August 20-22, and I was able to catch the games on August 20-21.  I didn't have much left for anyone to sign, but I did have this Miguelangel Sierra from the National to get done. 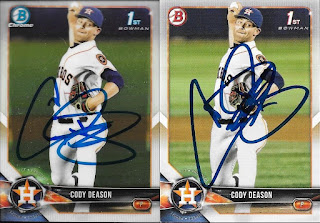 I also had a ton of Cody Deason, which he signed every one of!

I also had these cards out of the Carolina League All Star set.  I missed one of the coaches, but got these done. 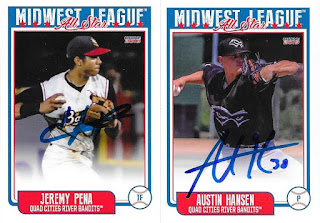 I also had these two Midwest League All Star cards that I got done, as well.

The season was winding down at this point, and a lot of weather was coming through the area.  The last game of the series was rained out and tacked onto the end of season series in Fayetteville as a double header.
Posted by William Regenthal at 5:19 PM