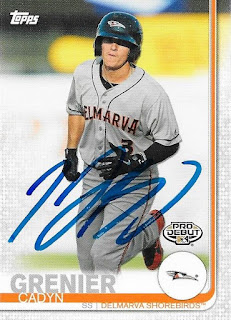 The Frederick Keys made their last stop in Kinston on August 26-29, culminating with a meet and greet with the Wood Ducks team on August 29, since that was the final home game of the regular season.

During this series, I got everything I had of Cadyn Grenier signed, which turned out to be a ton of cards. 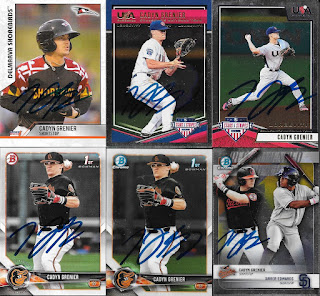 I had help from Chris and a few other folks who were at the games.  Grenier was really nice, but if you had multiples of the same card on a page, he would not sign more than one of them. 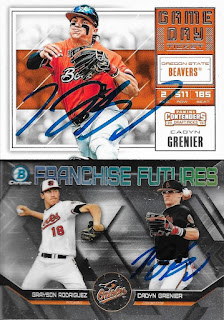 He also wouldn't call you out if you got him more than once in the series, which really helped.  So, I got a lot of stuff done, and also helped out a bunch of folks with their 50/50s. 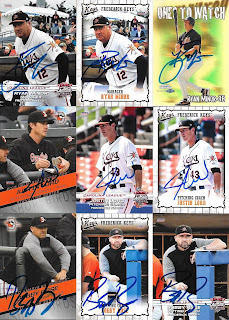 I got cards from a couple different Delmarva team sets, along with the Carolina League All Stars from the Keys, and this season's Keys team set. 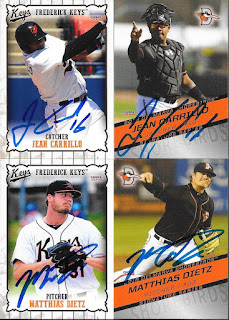 I really like this season's Keys team set, and was able to get a bunch of the cards signed. 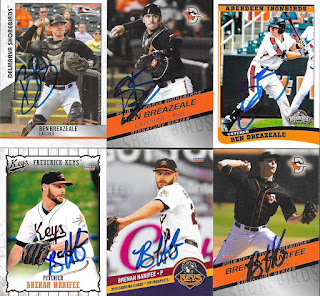 Chris and I enjoyed talking with the Keys players, as always, and one of the best was Brenan Hanifee.  He was really cool the last time I saw him come through, and this time around, Chris was there, and spoke with him at length. 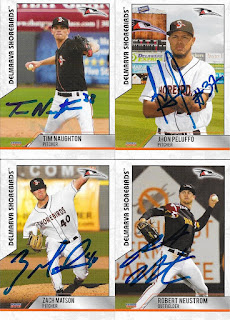 I was surprised at all of the team set cards I was able to get done.  I don't think I missed anyone, save for one Bobby Rose card from the Carolina League All Star set.

I was disappointed to learn a couple days ago that all of the coaches for the Keys will not be retained for next season.  While that may provide an opportunity to see some new faces coaching them, I liked Ryan Minor, and will miss talking to him next season. 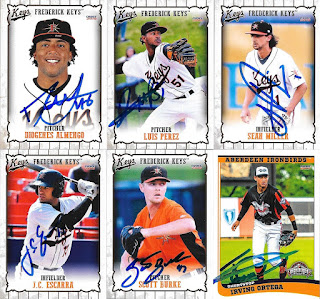 I was glad to get a lot of these cards signed, so I won't have to keep up with many unsigned ones from the sets for next season.  I don't necessarily mind, as a lot of the guys will show up at Orioles Fan Fest, or be at other MiLB stops in their system. 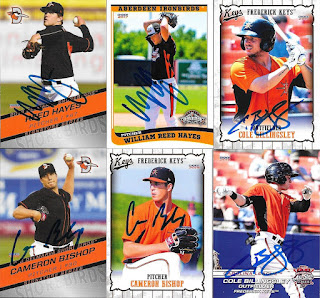 This series marked the last home series of the Wood Ducks regular season.  I knew Chris and I would be out of town for the first round of the playoffs, so he and I treated it like it would be the last seried of the year.  Unfortunately, we turned out to be correct.  I am glad we were able to meet and greet the team during that last game.
Posted by William Regenthal at 5:51 PM